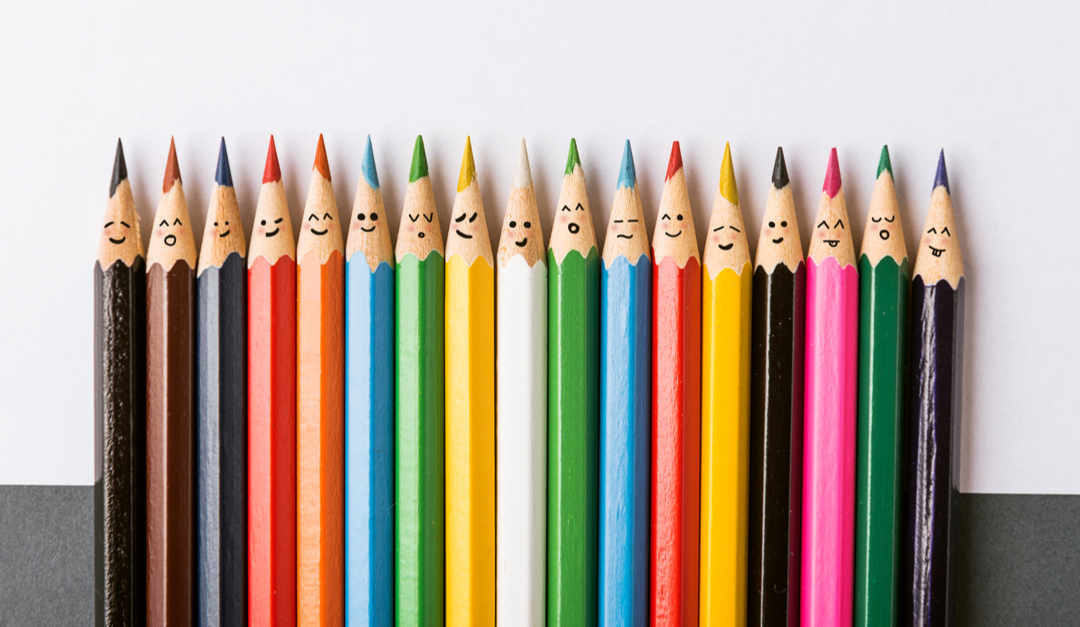 As a topic, diversity and inclusion (D&I) is nothing new.

In the UK, it’s been more than four decades since the establishment of the Equal Opportunities Commission – designed to tackle the issue of sex discrimination – and the Commission for Racial Equality, and 20 years since the introduction of the Disability Rights Commission.

For 50 years, women have had the legal right to be paid the same as men for doing similar work.

But with movements like Black Lives Matter becoming more and more prominent, D&I is arguably a bigger issue now than ever before.

What’s often left out of the conversation is that D&I isn’t just a “nice to have” or a moral obligation. Organisations that are ethnically and culturally diverse are more likely to be profitable. What’s more, 69% of Millennials and Gen Z would stay with a diverse employer for over five years.

In other words, contact centres that get D&I right have a better chance of making more money and reducing attrition.

But what does it take to build a diverse, inclusive culture at your contact centre? In this blog, we look at five brands that are smashing it from a D&I perspective, and take the top learnings from their approaches…

1. Tackle the use of gendered language

Whether we realise it or not, we all used gendered language at times. Applied linguistics expert Roxana Lupu defines it as “language that has a bias towards a particular gender [and] reflects and maintains pre-existing social distinction”.

Probably the most common example is using the word “guys” to refer to a mixed-gender group.

This might not sound like a big deal, but it’s actually a symptom of a much bigger problem. Lupu says it does two things:

In other words, it encourages us to be biased toward one gender, while also making it harder for us to shift those biases.

Lots of organisations are taking steps to tackle gendered language. For instance, tech company NPM introduced a voluntary “Guys jar” to discourage the use of the word “guys” in this way. Employees who choose to take part in the scheme put a dollar in the jar any time they accidentally misgender somebody, or use gendered language toward something gender-neutral. When they reach $50, they donate the money to charities like Girls Who Code.

At Jomo, we realise that as recruiters, we have a big part to play in supporting our clients’ D&I efforts. Speaking to us might be the first time a candidate hears about your contact centre – so if we fall short, we’re letting you down.

We use a tool called Paiger to automatically filter out language in our job ads that could be off-putting to female candidates, based on research from the American Psychological Association. Plus it checks our spelling and flags up accidental swear words too, which is always useful!

One of the most positive things we’ve seen off the back of BLM is how it’s encouraged us all to think and have conversations about our own actions, behaviours and experiences.

There’s a learning here: if you want to keep D&I at the top of your priority list and make lasting, impactful changes to your culture, you need to keep it at the forefront of everyone’s minds.

Find ways to make it normal for employees to talk actively about diversity and inclusion. Lever, a San Francisco-based software company, started a dedicated Slack channel called “Inclusion”, which workers use to share D&I-related news and articles.

Obviously this isn’t the only thing Lever are doing from a D&I perspective. But their approach is definitely working, with 46% of their workforce identifying as women – including a quarter of board members – and 14% coming from underrepresented minorities.

“If we don’t push ourselves to see the hidden inequities and biases in our hiring practices and our workplaces, they will remain. In living this value, we make Lever a great place to work, provide tools and resources to our customers, and enrich our communities.”

We love Christmas. You probably do, too. But 9% of the British population don’t celebrate it at all. So if you’re making a big fuss about the festive season, be sure to do the same with other holidays and events, too.

Digital lender Capital on Tap didn’t let lockdown stand in the way of them making a splash about Pride 2020. They put loads of effort into celebrating the LGBTQ+ awareness week, with a packed calendar of events that included:

“Many people around the world have been taking time to listen and learn about the persistent injustices which have come to the fore through the Black Lives Matter movement, and at Capital on Tap, we’ve tried to do the same. We’re committed to carrying on that conversation, celebrating all the diversity that exists within our business, and building a team where everyone can turn up authentically and be appreciated and valued for who they are.”

4. Put your money where your mouth is

Money isn’t everything. In fact, there’s plenty of evidence to suggest that employees rate culture and quality of life as more important than remuneration when it comes to job satisfaction.

But if you’ve got a significant gender pay gap at your organisation, you should definitely put steps in place to close it as part of your D&I efforts. On average, women in the UK earn 83p for every £1 that men are paid, so there’s a good chance some degree of imbalance exists at your contact centre.

Having identified the main causes of the problem, they put a range of steps in place to address them, including:

Those measures appear to be making a big impact. Last year, Target cut its gender pay gap by 4.8 percentage points to 22.5% – way beneath the finance and insurance average of 33.4%.

Increasingly, companies are also recognising that men and women typically behave very differently when it comes to pay rises, and that these behaviours often widen the pay gap further. Research shows that men negotiate more often than women – and that when women do negotiate, they might even be punished for it.

One way around this is to take it out of the equation completely by introducing a no-negotiation policy on pay. Or if this isn’t possible (or realistic), consider introducing narrow pay bands for each role to minimise the impact of negotiation on your pay gap.

Reporting is important. It’s the only way to truly understand the progress you’re making toward building a more diverse and inclusive workplace.

But there’s a problem: company-wide reporting doesn’t give you a clear picture of what’s really going on. Your workforce might be 50% female, but if all those women are in traditionally female-dominated roles – such as HR – while all your technical staff are men, you’ve still got a way to go.

That’s why it’s important to drill down to team level when looking at diversity. Software company Atlassian did this and was able to make big changes as a result, including an 80% increase in female technical hires.

“Corporate-level aggregate reports don’t actually measure diversity – they measure representation. What matters is that each team is diverse, that underrepresented groups are distributed across the company, not stuck in stereotypical silos. That’s because the team level is where you’re really going to feel the impact of diversity.”

It’s not easy to change our habits individually – let alone as a collective workforce.

Simply “teaching” employees how they should act isn’t going to cut it. They need to understand and identify how they can practically change their own behaviours to help build a more diverse, inclusive workplace.

One way to support this process is to create “change cohorts” within your contact centre workforce. These people should be drawn from different departments and experience levels – although they should be outside executive or senior management level.

Give members of your change cohorts the information and skills they need to promote positive change across their departments, teams and working groups. That way, those changes become embedded across your organisation organically, rather than being imposed by your management team.

Sabrina Clark, Associate Principal at organisational transformation consultancy SYPartners, explains: “This is much more effective than one-off training sessions which don’t move the needle; you want people to incorporate these ideas and beliefs into their daily lives.”

We’re proper cheerleaders for D&I, and we love to hear about contact centres that are working hard to build diverse, inclusive workplaces. What stuff have you put in place? And what are you most looking forward to trying from this article? Find us on social and let us know!

We’re committed to helping our partners build diverse, inclusive contact centres. Get in touch to find out how we can help.