The Importance of Culture and How Leadership Can Impact It 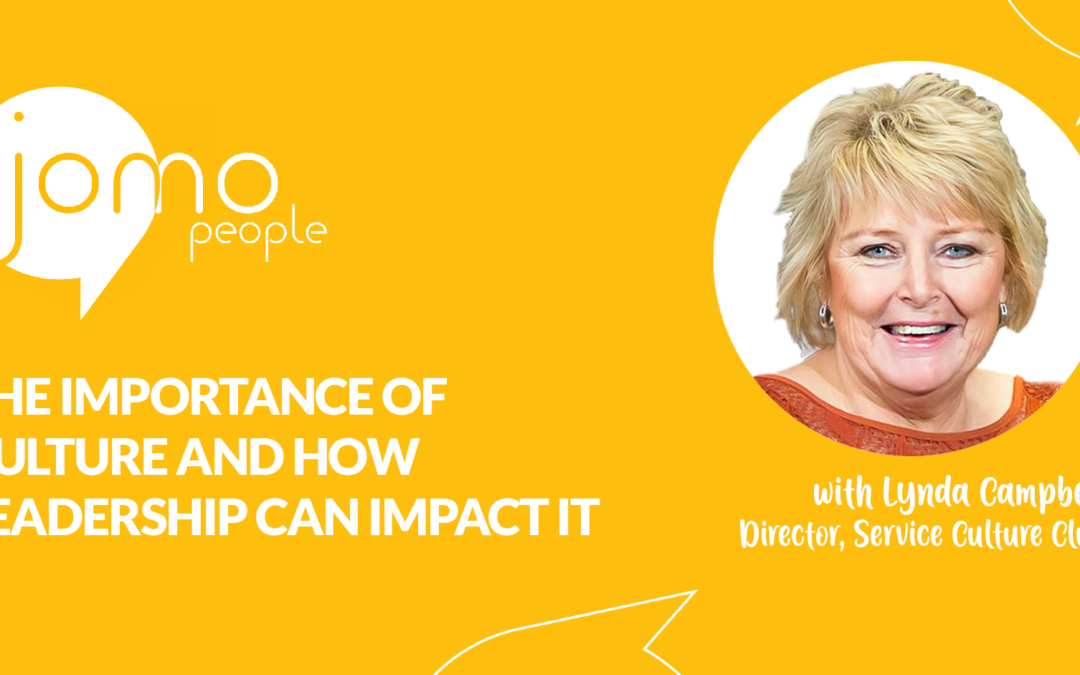 One thing that comes up time and again in conversations with our network is leadership and culture.

So we got in touch with former Director for British Gas In Wales Lynda Campbell to talk us through this big, important subject in our latest webinar (watch the full webinar below).

Suddenly, they realised people hadn’t caught up with all the technical changes they’d put in place, so it was time to work on their culture. Lynda says it was the best time of her career, because everyone was really bought into the journey and understood exactly what they were doing.

The whole project had a huge impact. Before the cultural transformation, their attrition was at 52%, which meant they were losing about 650 people a year. After, it dropped to just 4% – and some of that came from moving people out of the business who they didn’t want.

So Lynda knows a lot about culture and leadership! Here are some of her key notes and takeaways:

What Actually Is Organisational Culture?

We all use the word “culture” loads. But how many of us can actually define it?

There are lots of fancy definitions, but Lynda prefers to keep things simple, explaining: “It’s just the way we do things around here.” It’s the DNA of the company. Everybody understands it, and hopefully buys into it, too.

All company cultures are made up of five key components:

How Does Culture Vary for Remote Teams?

At a time when very few of us are in the office, it’s important to consider how culture is different for home-based teams.

So many of the things involved in company culture are changed by working remotely. Things like your workspace, your building, the layout of your office, and even your attire have an impact on culture, but you don’t have any of those things when you’re remote.

But it goes way beyond our physical surroundings. Your culture is also built on things like:

When you think about working remotely, half of those things are stripped away, which makes remote leadership very different.

What Are the Components of a Toxic Workplace Environment?

Unfortunately, lots of us will have worked in an environment that we’d describe as toxic.

Destructive leaders are narcissistic. They make things all about them, and their outlook is quite negative.

That’s one part of the so-called Toxic Triangle, along with:

Put all those three things together and you’ve got a toxic workplace culture – and leadership is at the top.

The Role of Leadership in Culture

Sure, leading a remote team is different. But the actual role of the leader hasn’t changed at all.

The attributes of being a great leader are still the same – it’s how we do it that has to change, because you haven’t got a lot of the other component parts in place.

So what actually is a leader? And what role do they have in developing and promoting company culture? Lynda gave us a few key points:

What Are the Attributes of Remarkable Leaders?

We’ve probably all worked with someone we consider to be a great leader. Maybe they helped you in your career, gave you a really good piece of advice, or supported you during a challenging time.

All great leaders have a few key attributes in common, Lynda explains:

None of these things has changed in the remote world, but the way that we do those things definitely has.

So What Are We Concerned About With Remote Working?

As leaders, we probably all have a few ingrained worries about remote working. In fact, research shows us that:

In other words, there’s a whole lot of trust issues at play!

That’s understandable when you think about some of the challenges we have to overcome as remote leaders. Things like:

And Buffer’s 2019 State of Remote Report identifies loads of other struggles with remote working:

But What’s the Real Issue Behind Those Remote Leadership Worries?

Do you ever find yourself thinking or saying things like:

Lynda explains that those things aren’t really the issue, they’re more like symptoms of bigger issues, like:

So if you’re having those sorts of doubts about your remote team, you need to do things like:

How Can You Be More Purposeful as a Leader?

We’d probably all like to be more purposeful in our leadership.

According to Lynda, being a purposeful leader is all about having high energy and high focus, and there are lots of different behaviours, traits and actions that feed into those two things:

Your team will never know what to do unless they know where they’re heading, how good they want to be, and that you want to build that together, as a collective. Understanding the bigger picture and their role in achieving it will give them greater focus.

Otherwise, unclear objectives will drive a lack of focus, because team members don’t really know what they need to achieve. That means you need to make your objectives as clean, clear and simple as you can.

There are lots of other factors at play here too:

Lynda says this is the bit that’s often most difficult about remote leadership. After all, it can be hard enough motivating yourself when you’re working from home, let alone maintaining high energy levels in your remote team. Doing it effectively means:

So much of what Lynda has to say about remote leadership and culture is tied to trust. And when it comes to building trust, emotional intelligence (EI) skills are all-important.

By “emotional intelligence skills”, Lynda’s referring to the ability to process emotional information and cues to inspire, enhance thought, understand the emotional states of others, and offer a greater level of empathy.

Obviously that’s a lot more difficult on Zoom or at the other end of the phone than it is in person. It’s completely different to sitting down with somebody and watching their behaviour and their body language, their tone, and everything else.

People who are below-par on EI have a high level of emotional reactivity to people, Lynda explains. Basically, they can blow up or they can blow down. That means they’re not able to read an audience well, and they’re not good at receiving feedback.

On the other hand, a high EI response from a leader equates to an increased level of internal psychological job satisfaction for people on their team.

None of this is rocket science, Lynda explains. It’s about things like:

To finish, Lynda gave us a couple of brilliant acronyms that all remote leaders should definitely try to memorise – BEEP THEM and DASH:

As you can tell, Lynda went through loads of stuff on our webinar – and this blog hardly even scratches the surface! Want to find out more? Get in touch with us here.